Hello! My name is Alex. Nice to meet you.

I’m a generally a pretty nerdy guy. I like dabbling in computers and networking, am fascinated with Linux and virtualization, and Emacs is obviously the superior text editor. 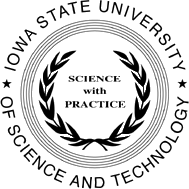 I did my undergraduate and graduate work at Iowa State University (Go Cyclones) although I’m originally from Nebraska. During my first four years I completed a bachelor’s in computer engineering and German languages and culture (don’t ask why - it’s a long story) and in my final two years I helped to develop cybersecurity course content and labs while working toward a co-master’s in computer engineering and information assurance.

Dispersed throughout those six years I managed to hold two internships at Garmin as a software engineer, one at PricewaterhouseCoopers as a cybersecurity consultant (where I am currently employed full time), and spent a summer abroad at RWTH Aachen University in Aachen, Germany for classes in German and an internship working with tele-operation.

During my spare time I like to fiddle with my homelab, work on my foreign languages (Brazilian Portuguese and German), and travel with my soon-to-be husband Andre Quintino.